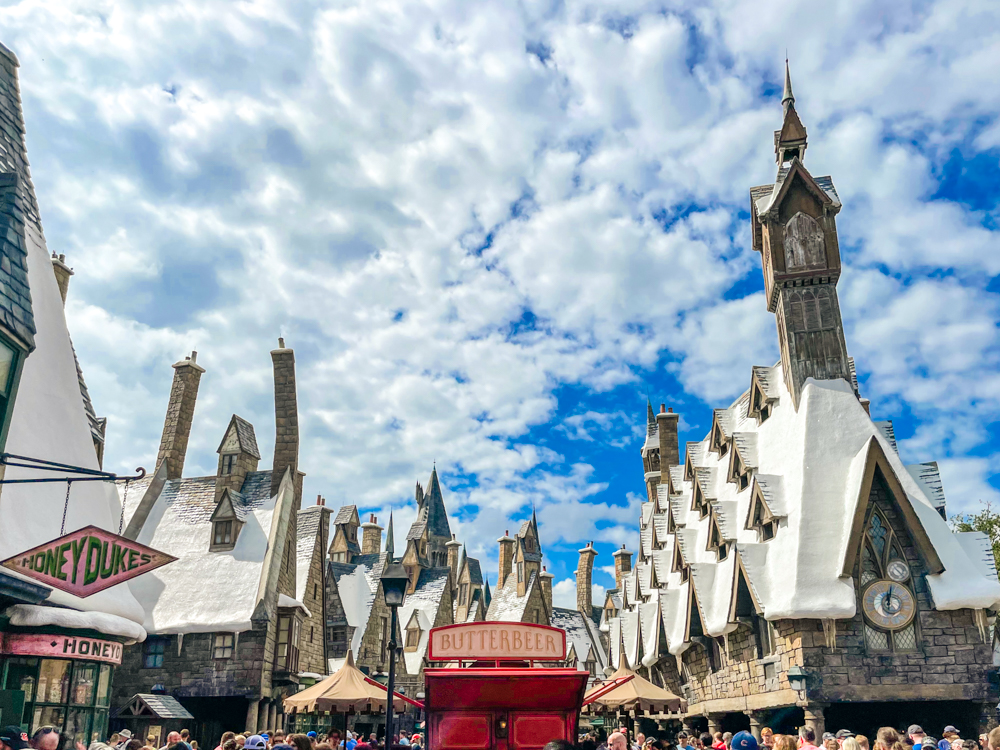 Visiting a theme park like Universal Studios is so much fun and exciting but it can be chaos if you go in with no plan. With the rising cost of well…everything these days it can be stressful to plan a vacation of any kind but when you are planning around something like a theme park that will require tickets to enter, food, and so much more you want to make sure that you are saving every dollar that you can, that you plan your trip to make sure you get your money’s worth, and that everything goes as smooth as it possibly can.

After reading this articles, you’ll be armed with all of my favorite Universal Orlando tips that you need for an amazing tip! I’ll cover everything starting with considerations as you book your trip to Universal Studios Florida to how to save money and maximize your experience in the park.

Where to Stay at Universal Orlando – Tips to Decide

If you plan on at least two days at Universal Studios, consider staying at an on-property hotel. They’re extremely convenient and most of them offer perks specific to Universal Orlando resort guests.

The best perks – Unlimited Express Pass and Early Access – are reserved for folks staying at Hard Rock Hotel, Loews Portofino Bay Hotel and Loews Royal Pacific Resort. All three are walking distance to the theme parks, which makes it even easier to take advantage of your early park admission. You might even have the Wizarding World of Harry Potter all to yourself!

If you’re looking themed hotel rooms at Universal Studios in Orlando, these Premier Hotels are where you’ll find them as well. These suites all sleep up to 5 people in two separate spaces.

The downside of Premier Hotels is that they’re really expensive, starting around $400 per night but sometimes as much as $800 per night. But with four Unlimited Express Passes per room (including the day you check in and the day you check out) it might be worth it since those passes start at $130 each for park-to-park visitors.

Lots of people do a “split stay” – one night at a Universal Premier hotel, followed by a few nights at a mid-priced Disney World hotel like Pop Century or Art of Animation. Following that strategy also lets you avoid the extra expense of renting a car – you’ll just need to takeUbers to and from the airport and one between Universal and Walt Disney World.

One of the best Universal Orlando resort tips? To get a Premier room and all its benefits for free, you can apply for the Chase Sapphire Reserve and use the sign up bonus – worth at least $900 depending on the current promotion – to book through the Ultimate Reward portal. Small business owners can level up by also applying for the Chase Ink Business Preferred card, with a bonus worth $1500 when combined with the Sapphire Reserve.

If you’re not worried about the Express Passes or themed rooms, Universal’s Cabana Bay Beach Resort is a good Universal hotel option at a reasonable price point. You’ll still get Early Park Admission one hour before regular park opening, though you’ll have to take the free shuttle bus or walk 20 minutes to the entrance.

The design choices are fun and lively and when you aren’t at the parks you can dive in to the fantastic pool area (complete with waterslide and lazy river) or enjoy on-site bowling! Cabana Bay offers everything from standard rooms up to 2-bedroom, 2-bathroom suites that sleep up to 8 people. Check available room types for your dates.

For those who would rather stay at an amazing off-property hotel that the whole family will love, check out the JW Marriott Orlando, Grande Lakes. This newly renovated, ultra-luxe hotel will satisfy high-end hotel lovers. There’s a big brand new water park – just take a look at these photos to see how amazing it looks. Because it’s a little removed from the theme park areas, the JW sits on over 500 acres and has plenty of outdoor areas to explore including ecotours, falconry, fishing and more. The JW Studio has video games, foosball, ski ball, air hockey and more. It’s about a 15 minute drive to Universal Studios Orlando theme parks.

Planning is essential when it comes to a successful trip, the more you are planned and prepared for – the more success you will have. Try some of these planning tips when it’s time for you to start planning your Universal Studios trip.

Universal Studios Hacks Shortly Before You Visit & At the Parks

No matter who you are and when you are visiting, I know we all love to save as much money as we can! A trip to Universal Studios can be pretty pricey but there are some tricks to saving a little bit of money.

If you are looking to make the most of your trip and ensure that you have an action packed day, then you may want to keep these time savings tips and tricks in mind when it comes to planning out your day.

What To Bring To Universal Studios Orlando Tips

If you don’t read any other Universal Orlando tips, be sure to review these!

How do I get the most out of Universal Orlando?

The best way to get the most out of your time at Universal Orlando is to decide on your priorities. Whether you love thrill rides or can’t get enough of casting spells with the interactive wants in Diagon Alley, there’s a good chance you won’t be able to do absolutely everyone in a single visit to Universal Studios unless you spend lots of time there. Don’t stress out, leave the FOMO behind, and have a blast doing what’s meaningful to you!

Can I wear a backpack in Universal?

Yes, we brought this backpack and it worked perfectly. I also attached this partner to it, which was extremely helpful when our family opted to divide and conquer – it was the perfect Universal Studios hack to make sure we could each still carry the essentials without being bogged down.

What do you do with your backpack while on rides at Universal?

For rides that are physically intense – and you’ll find quite a few at Universal Studios Orlando – there are free lockers to stash your stuff before you get on the ride.

How many days should you spend at Universal Studios Orlando?

Many first time visitors to Universal Studios feel like they’ve had their fill after one or two days of park to park tickets. If you’re visiting in the warm weather and don’t have other plans for Orlando, consider adding another day for Volcano Bay. Sometimes you’ll find promotions here that give you two free days when you buy two, but personally I think that four days would feel pretty repetitive and there are plenty of other great things to do in Orlando!

Planning Your Visit to Universal Studios Orlando Theme Parks And Beyond

Be sure to read these articles as you plan the rest of your amazing trip to Orlando:

Still planning? Pin this for later!

What to read next

This site uses Akismet to reduce spam. Learn how your comment data is processed.